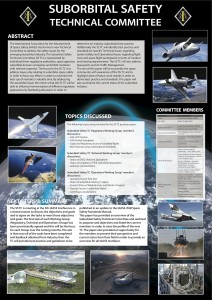 “The fifth IAASS Conference “A Safer Space for a Safer World” is an invitation to reflect and exchange information on a number of topics in space safety and sustainability of national and international interest. The conference is also a forum to promote mutual understanding, trust, and the widest possible international cooperation in such matters. The once exclusive “club” of nations with autonomous sub-orbital and orbital space access capabilities is becoming crowded with fresh, and ambitious new entrants. Commercial spaceports are being planned and built, while some of the old ones are changing hands from government to private and commercial management.

In the manned spaceflight arena a commercial market may start finally to emerge with personal spaceflight and (government) demand for private cargo and crew transportation services to orbit. Besides the national ambitions in space, the international cooperation both civil and commercial is also gaining momentum. In the meantime the robotic space exploration will accelerate and with it the need to internationally better regulate the necessary usage of nuclear power sources. Space bound systems and aviation traffic will share more and more a crowded airspace, while aviation will increasingly rely on safety-critical services based in near-space. Finally, most nations own nowadays important space assets, mainly satellites of various kinds and purpose, which as for human missions are under the constant threat of collision with other spacecraft and with the ever increasing number of space debris. Without proactive and courageous initiatives we risk to negate access and use of space to future generations. Awareness is increasing internationally (as solemnly declared since decades in space treaties) that space is a mankind asset and that we all have the duty of caring for it.

The fifth IAASS Conference will in addition dedicate a set of specialised sessions to three topics which need to get better attention in space programs: Space Debris Remediation, International Space Traffic Control, and Commercial Human Spaceflight Safety. Active removal from orbit of “dead” satellites and spent launcher upper stages, and international coordination of space traffic are mandatory for safe orbital operations, and for the safety of the public on ground. Instead the safety of commercial human spaceflight is a critical element for the expansion, and perhaps even continuation, of human spaceflight. The success of commercial spaceflight will be determined by a substantially higher level of safety and not solely by cost reductions”.

The conference was attended by 211 members who enjoyed three days of excellent presentations and of particular interest to Saturn SMS were the Commercial Spaceflight presentations. On the second day Andy presented his paper ‘New Safety Model for the Commercial Spaceflight Industry’  and he then Chaired the Suborbital Safety Technical Committee (TC) in a closed session with the TC members [poster available as a pdf]. Then in the evening the Gala Dinner was held in the Vaux de Cernay Abbey where the architecture was simply stunning and the food was quite good too. The final day provided more interesting presentations and culminating in a Commercial Spaceflight Panel which Andy introduced; the co-chairs were Ed Mango (NASA Commercial Crew Programme) representing the orbital field and Chuck Lauer (Rocketplane XP) representing the suborbital field.

In summary the conference was a huge success and provided a great opportunity to catch up with friends and colleagues in the industry. The 6th IAASS location and date was announced and so we look forward to a trip to Montreal, Canada in May 2013. In the meantime the Suborbital Safety TC will be working hard to define guidelines and best practice as per the identified objectives. 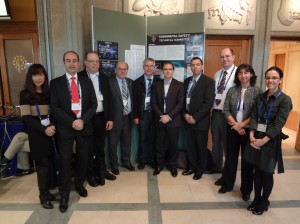 Posted in Andy's updates, IAASS, On the road.