ESA & UKSA top-brass, plus other Industry stakeholders attended the ground-breaking at the Reaction Engines Test Facility at Westcott Venture Park. 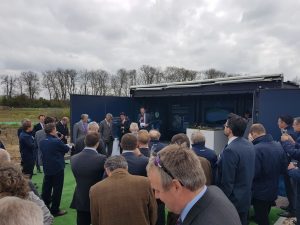 Great day for the UK Space Industry! The Government representatives announced the Draft Spaceflight Bill which is to be presented to Parliament. Industry will of course review this draft bill. 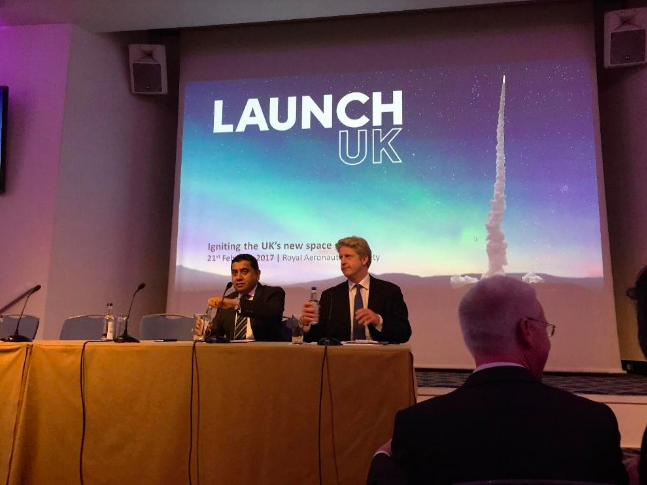 The 7 prospective Spaceports gave their Dragon’s Den Style pitches (each had 7 minutes): from the top of the UK to the bottom – Sutherland and Spaceport1 (Hebrides) – both vertical launch sites, Campbetown, Prestwick, Llanbedr, Newquay and Manston.

The Regulatory panel was most interesting, bringing together the 3 departments: UKSA, DfT/CAA and HSE: 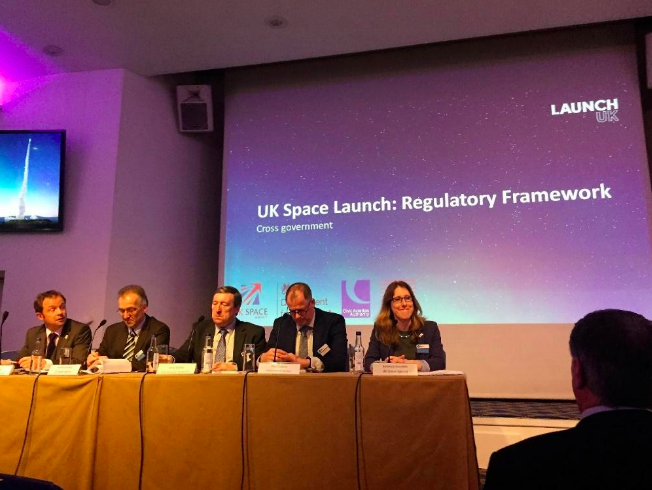 So what’s in the Spaceflight Bill? The slide below details the main sections of the Primary Legislation; essentially detailing which Government department will be responsible for which aspects and providing high-level statements based on the legal aspects, hence the statements reflect UK’s approach to reducing residual risks to As Low As Reasonably Practical (and recognising therefore that space is indeed risky)…. 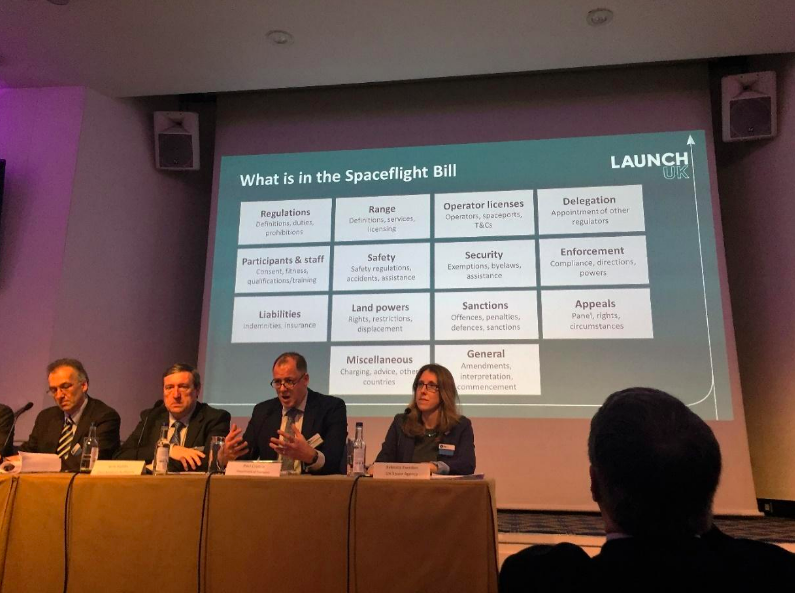 This is a DRAFT Spaceflight Bill, and hence the UKSA are keen for Industry to review this and then to assist in the development of the more detailed Secondary Legislation (through Workshops and outputs of studies/reports such as the recent NSTP2 study: here Saturn SMS were part of a consortium (DEIMOS, Highland and Island Enterprises, Firefly/BradSpace, SSTL); Andy provided the safety and regulatory review and proposals for the UKSA to consider.

The conference commenced with an introduction from the IAASS President, Isabelle Rognier (seen further below with Andy at the Gala Dinner) and she played an IAASS-complied video of pretty much all space accidents since the last conference 18 months ago (which was also nicely balanced with successes/new projects during this period). There have been quite a few accidents ranging from Space-X launch failure, to Orbital Sciences, Russian Proton vehicle failures and the SpaceShip2 accident. Isabelle concluded that we need better standards and guidance because in the space community, one accident is everybody’s accident.

The conference was blessed with the following keynote speakers:

As usual there were many parallel sessions to choose from and there were excellent presentations from ‘safety by design’ and launch safety to Space & Air Traffic Management and of course Commercial Spaceflight Safety. 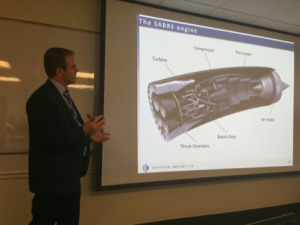 Andy demonstrating a cutaway of the Sabre engine itself

Andy also presented a paper on the SpaceShip2 accident in relation to safety and human factors.

Kathryn Wilson (NTSB) gave an in-depth presentation on the SpaceShip2 accident and she was joined by Todd Ericson for the questions. 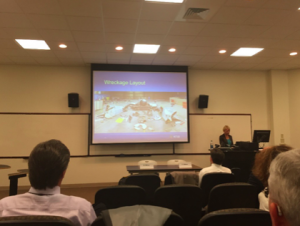 A special mention must go to Chuck Lauer who gave an excellent hour-long presentation (S035) on the ‘A Global Perspective On Suborbital Commercial Human Spaceflight Safety’; here he gave an overview on where the suborbital industry is at including vehicles and spaceports. 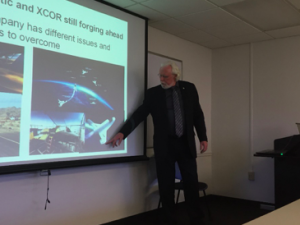 Chuck Lauer at the 8th IAASS

This panel discussed the merits of standards & guidelines and possible Space Safety Institute. It was a pleasure to have Todd Ericson (Virgin Galactic Head of Safety & Test) on the panel to hear his thoughts on this important topic.

The Gala Dinner was held at the Kennedy Space Centre. Aperitifs and excellent Antipasti was held next to Space Shuttle Atlantis(awesome), after an impressive video of Atlantis in the Dome.

We then went to a separate hall for the dinner. After the awards ceremony with excellent recipients including Bll Ailor, Ram Jakhu and Professor Nancy Leveson (a previous Technical Committee Chair), Andy received a memento for presenting the Plenary on behalf of Reaction Engines. 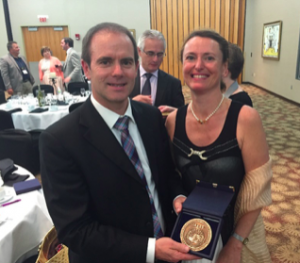 Andy receiving a memento for presenting the Plenary

Finally, a successful Launch & Return of the Falcon booster (on land). The other attempts at landing on the sea pad have unfortunately not been successful.

Tim’s fellow astronaut, Tim, had a helmet issue with water leaking in. The team correctly identified the issue and recalled the 2 astronauts due to the risks.

(though they have carried out circa 800 unmanned Soyuz cargo launches as well. Space is Risky….)

This conference was timely with the impending launch of Tim Peake’s launch to the ISS. A disappointing part of the announced UKSA Policy was putting all the effort on the human space programme with ESA and ‘discounting’ the suborbital market (which includes the satellite launchers by the way); not really in touch with the needs of the small-sat community nor the Spaceport or suborbital spaceplanes.

Congratulations to Blue Origin on the historic launch of the New Shepard suborbital vertical launcher with a successful return and landing for the booster.

Monday afternoon included a space debris session followed in the evening by the Spaceports session. There were about 65 people (up to 200 on the Tuesday) and I thought that the evening went really well, hosted by Adam Baker whom introduced a ‘voting’ controller to conduct an informal poll about spaceports, vertical launchers etc. Prestwick and Llanbedr Spaceports presented their pitch as a taster for the upcoming Spaceport Conference in Feb 2016.

On Wednesday Jonathan Firth, Executive Vice President of Spaceport and Program Development, Virgin Galactic, gave an update on SapceShip2 as well as progress on Launcher One.